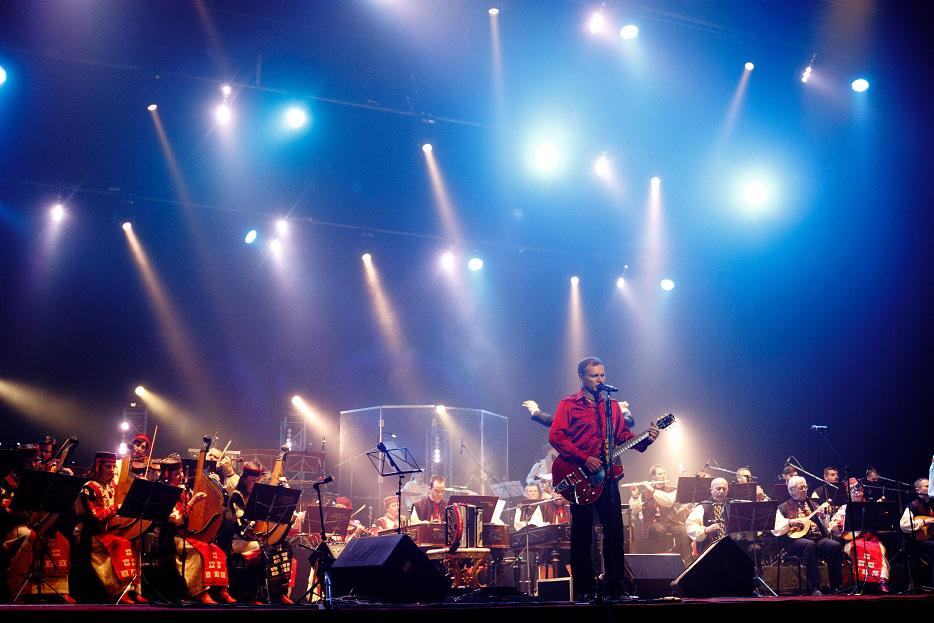 After 30 years of musical experience on the stage, the legendary frontman “VV” turned to folk instruments in order to arrange his best compositions for performing with the accompaniment of the NAONI orchestra

NAONI Orchestra – the leading creative team of Ukraine, the winner of the Battle of the Orchestras in Ukraine and Moldova, which is headed by the People’s Artist of Ukraine Victor Gutzal. Over the shoulders of the orchestra over 5 thousand concerts on all continents, as well as international artistic festivals and holidays. The NAONI Orchestra skillfully balances between folk motifs and music that is loved all over the world. The collective is the only professional orchestra of folk instruments in Ukraine. The basis of their concert programs is folk instrumental music of all regions of the country, classical works and world hits.

The first concert of Violin and NAONI took place on February 27 in the Dnipro River. “This is our first joint concert with the National Academic Orchestra of Folk Instruments, I hope we will record this date in a table and this may be the birthday of our great creative project,” – suggested Skrypka from the scene. At the very least, concerts in Kyiv and Odesa are scheduled for this year, for those who did not manage to enjoy this masterpiece’s artistic event. After all, 40 folk instruments were simultaneously performed by well-known hits of the group “VV” and Ukrainian folk songs, which in unison sang the entire auditorium in the walls of the magnificent opera house!